“After I called Icon, they showed up in half an hour and patiently walked me through the whole process.  I didn’t have to hire a second company to do the construction after they removed all the wet stuff like I have had to do in the past.  They worked directly with my insurance company so I didn’t have to do a thing, other than let them in to work.  I highly recommend this company.  I was very impressed.” – Kayla H.

Check out our 25+ 5-star Google reviews! 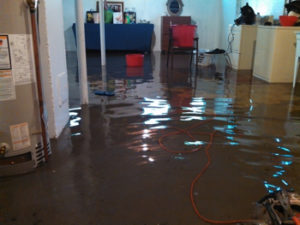 If your property has experienced flood damage or water damage, Icon Property Rescue will quickly restore your property – no matter the size! Our team is experienced and has the expertise and equipment needed to restore your home or business properly. Whether it is from a broken or leaky pipe, damage from frozen pipes, a sewer line break, a sink or toilet overflow, or a malfunctioning appliance like a water heater, washing machine, dishwasher or refrigerator in your home, we are available for you day or night. We understand the need to respond and mitigate your water emergency quickly in order to avoid mildew growth. We strive to get your home back to normal as swiftly as possible with the least amount of inconvenience to you.

What immediate steps should I take if I detect flood & water damage?

The first thing you should do is call ICON Property Rescue at 513-426-6911 to immediately dispatch a water technician.  Next, shut off the water source or close the water main.  Avoid basements with standing water or sewage. Be sure to stay away from any obvious electrical hazards. Lastly, you may want to place aluminum foil under the legs of your furniture (to prevent staining) and remove all books, draperies, shoes, etc. from the wet floor.

Will my insurance cover water damage cleanup or do I have to pay?

If the water damage was sudden and accidental, the clean-up and dry-out is usually covered by a standard property owner’s policy.  We can help with a pre-claims assessment.

How long will it take for the water damage to be cleaned up?

Water will be extracted and removed the same day we arrive.  Dry-out can take a few days depending on the severity of the areas that were affected.

How long does it take for the water damage to create mildew?

Water damage can start to produce mildew in as little as 24-48 hours.  It is important to contact a water restoration technician as soon as possible in order to prevent further damage.

What is the water damage cleanup and removal process?

Our technicians will extract water from the affected areas and begin the drying process as soon as possible in order to prevent mildew growth.

Our certified technicians will use IICRC approved drying methods in order to draw the remaining water and moisture from your property.

Since water damage doesn’t just affect your home, but also your personal belongings. We will use our top of the line cleaning services to ensure that your they are back to pre-loss condition before returning them to your home.

The last step is to restore the area to pre-loss conditions by repairing damaged drywall, replacing or cleaning affected carpet, and any other water damage restoration necessary to restore the property to its original state. 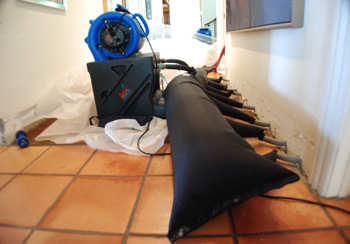 Flooded basements and crawlspaces can present more challenges than normal rooms. Basements are the lowest point in a home and tend to flood first during any kind of water damage emergency. Water intrusions can occur in basements from sources inside and outside the home. Excessive rain can over saturate the ground, resulting in hydrostatic pressure, which occurs when moisture outside of the basement or foundational wall exceeds the pressure inside. Water will naturally seek the lower pressure, resulting in leaks and even cracks. Hidden moisture can lead to mildew that can invade and ruin your stored contents and valuables. Our job is to detect the water in your basement quickly and handle the water removal completely. Do not wait to call if you have basement water damage. 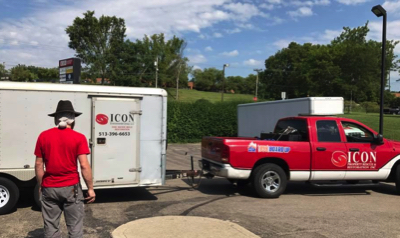 If you have found yourself dealing with sewage damage, we also provide safe sewage cleanup and sewage removal. Our team of professionally certified experts have years of experience resolving various sewage cleanup and repair problems. Raw sewage is difficult to cleanup and can be extremely hazardous. In addition to the foul stench, an array of other problems such as fungi, viruses and other pathogens can create serious health hazards. It’s critical that you do not try to clean up a mess from broken pipes that are connected to a sewage line. Coming in contact with sewage can cause disease, destroy your valuables, and cause severe damage to your property. Only trained professionals with the right equipment should handle sewage removal.

Thank You for Choosing Us as Your Newport Water Damage Company

We are a  Newport water damage company that provides emergency water damage help to all residential and commercial water damage victims. If you have flooding of any kind, our professionally trained and certified experts can quickly and effectively fix the damage done. We not only fix the original problem, but we make sure that any affected area is professionally cleaned, deodorized and sanitized. If you are in need of sewage or water damage repair, give Icon Property Rescue a call today at 513-426-6911. We are available 24 hours a day.

Newport was platted by Ephraim Freshour and William Coberly. The platting was recorded on June 17, 1837, although the actual platting was done at a much earlier date. In 1851, a steam-powered sawmill was built in the community, and the first store was opened in 1854. The Walnut Run Post Office was established on June 27, 1856, with James Gossard as the first postmaster. Historically, the town was called Walnut Run by some people, due to the post office having said name, although the community itself has always been called Newport. The post office was discontinued on December 16, 1859, but then re-established on February 25, 1867. As of 1875, the community contained two churches, two blacksmith shops, one wagon shop, two shoe shops, two grocery stores, and one sawmill. The post office changed its name to Walnutrun Post Office on July 1, 1895, and then discontinued on August 31, 1901.

Newport is home to attractions such as the Newport Aquarium. 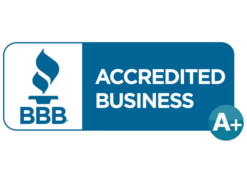 They did a great, thorough job. They were very kind and clear about the information they gave.
FATHER JOSH L.

“Their response time was impeccable!  I loved that they showed up on the job ready to work and to help our family recover from our loss.  No other company shows up with dryers and are prepared to go to work like ICON”.
MICHAEL D.